The Ticket: Why Punishment Fails

In our private training practice, people often hire me after they’ve attempted to solve a behavior issue on their own or through a coercive trainer. Most frequently, this involves the use of punishment when the dog displays the unwanted behavior, such as swatting at or alpha-rolling the dog, jerking the leash, or shocking the dog with a remote collar. Almost always, the owner reports an initial improvement in the dog’s behavior using these methods. However, after a short time, they report that the dog returned to the previous level of the unwanted behavior, or may have even gotten worse. Why does this happen, and how can we prevent it? 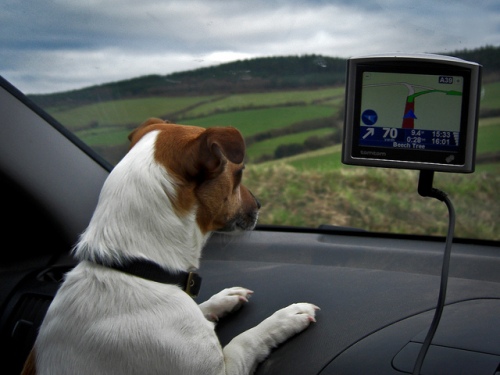 Punishment suppresses behavior. What this means is that it temporarily “stuns” the behavior, but does not necessarily eliminate it forever. While it is absolutely possible to use punishment to address an unwanted behavior, this is difficult in real life.

Consider the human example of a speeding ticket. Speeding tickets are meant to punish the behavior of driving too fast. But do they work? Well, sort of. Right after receiving a ticket, most people begin driving more conscientiously. However, that doesn’t mean they’ll stick to the posted speed forever. Over time, that person is likely to return to their previous habit of driving too quickly (at least until the next speeding ticket).

In order for punishment to be effective, it needs to meet several criteria. First of all, it must happen every time the unwanted behavior is displayed. Secondly, it must be associated with the unwanted behavior and not with anything else. Lastly, it must be a strong enough aversive that the subject wishes to avoid it. Punishment is also contraindicated in cases of fear or aggression, as it tends to intensify these issues.

Consider what would happen if your car’s engine simply stopped running every time you drove too fast. Would this solve the problem with people speeding on our roads? Absolutely! The punisher would happen every time the behavior was displayed (criterion #1). It would be associated with the unwanted behavior and not with anything else (criterion #2). And of course, it would be a strong enough deterrant that people would not want to risk having their car stall out on their way to their destination (criterion #3).

Is this possible for our dogs? Well, sometimes. However, it’s difficult at best, and there are some pretty big hurdles to overcome. We’ve talked about some of the dangers of punishment, such as fallout, in the past. So, what can you do? Punishment is tricky to use, and may not fix the problem behavior. We use positive reinforcement (reward-based training) to instead teach the dog what we want him to do in place of the unwanted behavior. By teaching the dog an acceptable alternative, we show him how to be successful and eliminate the unwanted behavior at the same time.

Problem behaviors are frustrating, and it can be tempting to punish your dog to get him to stop. Next time you’re tempted, consider how effective this is likely to be. What can you teach your dog to do instead? By teaching an acceptable behavior to replace the unwanted one, you can fix the problem forever instead of just temporarily stunning it.

6 responses to “The Ticket: Why Punishment Fails”