Getting two dogs at the same time seems like a great idea. Dogs are social animals, and a dog who will be alone all day can easily turn to destructive behavior or become anxious. Two puppies can entertain each other and keep each other company. So, what’s the problem with bringing home two puppies at once? 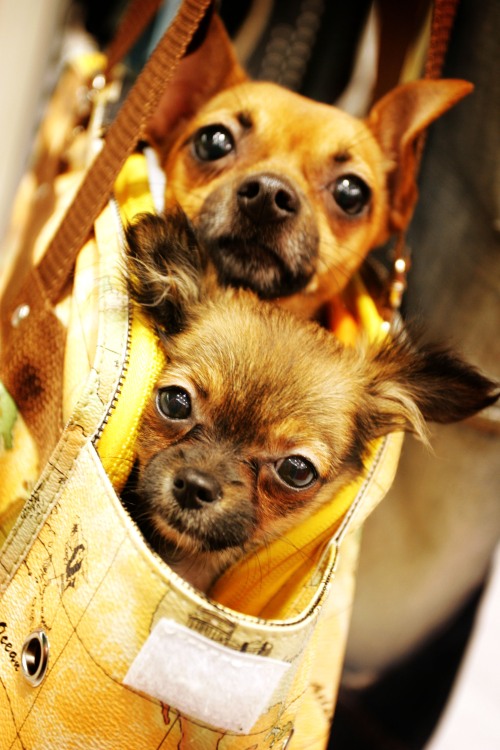 Professional trainers like myself recommend against getting bringing home two puppies. While this sounds like a good plan in theory, in practice it often causes quite a bit of heartache and trouble.

In addition to the problems one might expect with bringing home siblings such as double food and vet costs and double the potty training work, we need to focus on how the puppies will develop. Puppies’ brains continue developing until they hit sexual maturity (and even a bit beyond that), and there’s some convincing research out there that bringing two puppies home at the same time prevents one of the puppies from reaching his or her full potential.

Luckily for us, this topic has been researched extensively by someone who knows all about creating behaviorally sound puppies: guide dog organizations. One of the biggest problems that guide dog organizations run into is that puppy raisers are hard to come by. Puppy raisers are families who agree to raise future guide dog puppies, socializing them and teaching them basic obedience. This isn’t an easy job, and the emotional impact of giving up their puppies after a year of bonding and hard work means that many families are reluctant to repeat the experience.

In order to maximize the use of their volunteer puppy raisers, one guide dog organization decided to try an experiment. Willing homes were given not one, but two puppies to raise, thereby doubling the number of puppies the guide dog organization could work with. Puppies born to these organizations are tested before being placed and are tracked throughout their growth and development. What the organization found was startling. Placing two puppies in the same household always caused one puppy to become temperamentally unsuitable for work, even when both puppies started off as perfect candidates.

When two puppies are placed together, they learn to rely on each other. One of the puppies always becomes shy, even when both puppies started off as bold and outgoing. This is a huge problem, since it means that the shy puppy never reaches his or her potential. In fact, this was such a major issue that the guide dog experiment was quickly halted, and to this day guide dog organizations only place one puppy at a time in puppy raisers’ homes, even when the homes are highly experienced.

In addition to one puppy becoming shy, there are other behavioral implications for two puppies who are adopted at the same time. Oftentimes even the “bold” puppy turns out to be quite nervous and uncertain when separated from his or her littermate. Furthermore, the puppies frequently become incredibly co-dependent, exhibiting heartbreaking anxiety when separated from one another. They often fail to bond to their human family as strongly as they otherwise would, or sometimes at all. At social maturity, these puppies may begin fighting with one another, sometimes quite severely.

Even puppies who are not related can exhibit littermate syndrome when placed together. Professional trainers recommend against getting two puppies within six months of one another, because the risks are just too high. This doesn’t even take into consideration the other practical considerations, such as the increased costs of vet care, food, supplies, and training; the extra work of training and caring for two dogs; or the time requirements of two active puppies.

Can littermate syndrome be prevented? Theoretically, yes, however it’s so difficult as to be nearly impossible in practice. Remember, even experienced guide dog puppy raisers aren’t expected to be able to prevent this issue from developing. At a bare minimum, the two puppies would need to be crated and cared for separately, including separate walks, training classes, and playtime with their owners. The puppies need to have more one-on-one time with their new owners than they have with each other, effectively doubling the work and negating any of the possible benefits (i.e. companionship) that they were adopted together for in the first place.

The bottom line is that puppies do best when brought home separately. If you want multiple dogs, consider purchasing or adopting adult dogs who are already done developing instead.