On Euthanasia: Scheduling the Appointment

Last week we discussed making the decision to euthanize a dog. This is a highly personal choice, and once it’s made you will have many other decisions to make. My hope is that by writing about this painful process I can help others navigate through it more easily. Today, let’s discuss scheduling your dog’s euthanasia appointment. 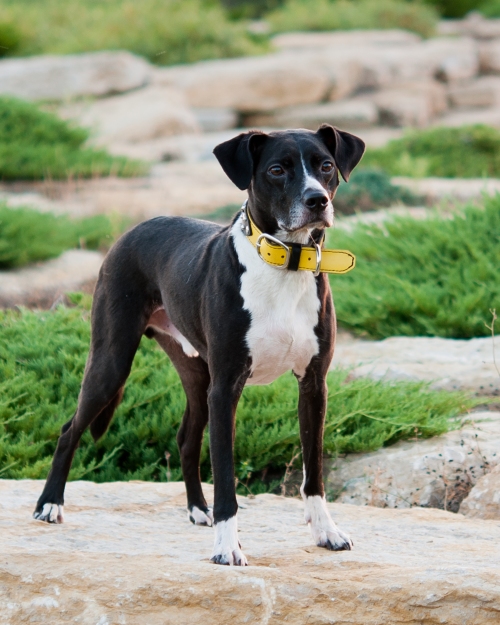 Once I made the decision to euthanize Dobby, I called the veterinary clinic to schedule an appointment. I already knew that I wanted the veterinarian to perform a house call because Dobby was scared of the vet clinic. I wanted his final moments to be spent where he was most comfortable. I also knew that I wanted the appointment to happen over a week from the time I called instead of right away, because I wanted to spend that time saying goodbye to him.

You may not be able to control when you say goodbye, but if your dog’s pain can be managed through medication or environmental management, or if you simply need a little more time to grieve, you do not have to schedule the appointment right away. It’s okay to give yourself and your dog a little more time.

I will honestly say that I found the time between when I made the appointment and when Dobby was euthanized much more emotionally draining than the time after he was gone. Little things – watching him eat, hearing him prance around, seeing him playing or sleeping, feeling his soft fur snuggled against my skin – were absolutely devastating. I spent a lot of his last week fighting tears. That said, I’d do it all over again if I had the chance. He got to eat his favorite foods, play with his only dog friend (other than his housemates) Maisy, swim, and run off-leash. I took him on long walks under the stars late at night when we wouldn’t encounter anyone and he got to sniff as long as he wanted and choose which paths we took in the park. I let him sleep under the covers in my arms.

Even if you don’t have the luxury of time, you can make your dog’s final moments as happy as possible. Whether it’s going for a last, short walk, snuggling together, giving your dog a new or favorite toy, or feeding your dog his favorite foods and treats, spend your remaining time together pleasantly.

A friend of mine gave me great advice during this time. She acknowledged that the time between scheduling an appointment and the appointment itself could be the most difficult, and gave me permission to move Dobby’s appointment up if I needed to, either for myself or for Dobby. While I ended up keeping his appointment at the original time, knowing that it would be okay for me to change it was incredibly helpful.

Many people aren’t aware that you can also choose where you want to say goodbye. Most veterinarians will perform house calls, and if your dog doesn’t like the vet’s office, your vet can come to your home instead. If your vet doesn’t offer this service, they can likely recommend a veterinarian who does. One of my previous dogs, Paddy, didn’t mind the vet clinic but absolutely loved to be outside, so his euthanasia was performed on the lawn outside the vet clinic, with the sun on his fur and the soft grass under his paws. My veterinarian came to my parent’s house, where Dobby was always happy and relaxed, and his final moments were spent in their spacious, peaceful backyard.

Next week we’ll discuss the euthanasia appointment itself. In the meantime, if you’ve made this decision, where did you schedule your dog’s euthanasia? Did you give yourself time, or did it need to be done urgently? How did you fill your dog’s final moments? Please share in the comments below.

This entry was posted in Euthanasia, Instructor's Dogs. Bookmark the permalink.

10 responses to “On Euthanasia: Scheduling the Appointment”